Philippines: An emerging center for eSports in Southeast Asia 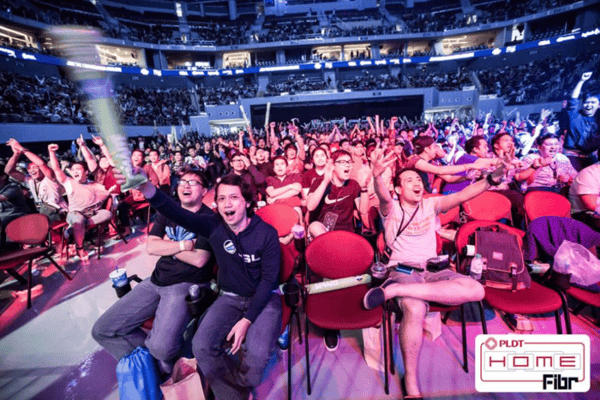 According to the online gaming platform Steam, Filipinos rank third in the list of the biggest eGaming playerbase in the world after Russia and China, with U.S being at number four. It’s no wonder that big names in eGaming are starting to notice and enter the country.

The first ever DotA 2 Tournament was recently concluded in Manila last April 2016. A total of eight international teams including Team Mineski from the Philippines competed for the coveted $250,000 prize pool. Ulrich Schulze, the Vice President of ESL One, the e-sports league from Germany that brought the event said that it’s the biggest and fastest-selling event they’ve ever organized in Asia. “The Philippines is a country that is so excited about eSports. Everybody knows the players, what they look like and what Dota is all about. It was the fastest selling event we’ve ever had.”

After ESL One which filled up the 16-thousand seating capacity of Mall of Asia, another popular gaming league Valve is about to bring its leg of DotA Majors in Manila. The Manila Majors in June is the last of three elimination series after the Frankfurt and Shanghai Majors, before worldwide tournament “The International” in Seattle, USA. This was a shock to many DotA and eSports fans as many are expecting Singapore to host the next Major tournament. It looks like Valve has chosen the Philippines as a strategic move to grow an extremely fertile center for eSports in the next years.

It’s not only online gaming giants like ESL and Valve who have taken notice of the emerging potential of gaming in the Philippines. In March 2015, the French multinational video game developer and publisher, Ubisoft, unveiled its first gaming studio in the Philippines.  From the gaming studio that produced popular games like Just Dance, the Assassin’s Creed series, and most recently, Tom Clancy’s The Division, the move to put up a base in Santa Rosa Laguna shows that many are starting to see the Philippines as a country with a vibrant and rich video game culture. “The Philippines is a good place for getting people passionate about video games,” said Ubisoft. The company even forged a partnership with De La Salle University to offer new courses such as BS Game Development and BS in Entertainment and Multimedia Computing.

In an interview with Alexandra Malto, an avid player of the PS4 game Destiny said, “In-game items are an added bonus to a game that you’re already enjoying. It makes things in the game more interesting since these DLCs (downloadable content) literally change the way you see the game. Your avatar looks different from everyone else’s, you get first dibs on a weapon that everyone else will otherwise have a harder time obtaining, or your avatar can dance Hotline Bling or imitate Shia Lebouf’s ‘Just Do It’. They definitely elevate my in-game experience, since I enjoy games that make me feel like like I’m part of the world that the developers created”.

According to a 2014 Nielsen study, Filipinos spend 174 minutes on their smartphones daily, and 62% or 108 minutes of that are spent on applications and entertainment that include social media sites and games. The 2015 Casual Games Sector Report estimates that the Philippines has currently over 10 million mobile gamers playing strategy games, racing games, action/adventure games among popular mobile game genres. Western games such as Clash of Clans and Candy Crush are most popular in the country where they make up 65% of the top games.

While Internet security firm Trend Micro revealed that more people in the Philippines download mobile games than the rest of Southeast Asia, only 38% of gamers actually spend money on mobile games. The ironic drop in number may be attributable to the fact that in-app or in-game purchases require a credit card and sadly, credit card penetration in the Philippines is only at 7%. Gamers on other online platforms like Steam or game consoles such as PlayStation or Xbox are unable to purchase in-game items or new games. For a country so passionate about games, the lack of an immediately accessible payment solution hampers the gaming experience.

As an alternative, most gamers purchase Steam codes, Play Station Network codes, iTunes or Google Play codes from gaming stores or computer shops which they redeem at respective portals in order to purchase games or in-game items. The problem is that these brick-and-mortar stores are difficult to access, but what’s more challenging, it is more expensive than using a credit card. Both gaming stores and computer shops place added costs to buy codes for these games. If an in-game item costs P1,000, these places will charge you an additional 20% or more.

An innovation that aims to address this issue is Maya, an app that lets users pay online without a credit card. The only requirement is a Philippine mobile number to register, and it instantly generates a virtual Visa card which can be loaded up with funds through BDO Online Banking or at any of the over 15,000 Maya reloading stations nationwide that include SM Malls Business Centers, Robinsons Malls Business Centers, Bayad Centers, 7-Eleven stores with Cliqq kiosks, TouchPay Kiosks, and Smart Padala Centers. Moreover, to use Maya than any other credit card (if you were to compare the two) is wiser because prepaid is more manageable than postpaid (you don’t have to worry about overspending). Scammers don’t target prepaid accounts since the limit is always dependent on the available amount you load it with (Maya is out of Steam Stealers’ radar).

“I mostly spend on skins for CS:GO and some new games as well. A lot of times there are weekend sales which I’d take advantage of, too. It’s easy for me to just buy things from Steam! I don’t need anyone else to help me buy things online. At the same time, having my own Maya Visa makes me feel really responsible as I can keep track of my transactions,” said Elgin Que, student and gamer.

Maya acts like a prepaid Visa card so when you purchase directly on gaming platforms using your Maya, 1000 credits costs P1,000 pesos. The only fee to be aware of is the load-up fee, which will just be around P15 for every P100-1,000 peso load up. For now, Maya has made loading up free for all its users to enjoy.

With the exciting efforts coming from various leading organizations in the eSports space, the gaming landscape is starting to shape up to be a much richer experience for gamers, as well as soon-to-be-converted gamers in the Philippines.

Previous Story
← How to pay for your birth certificate with Maya | Maya.ph
Next Story
Millennials #BeyondTheSelfie: Meet the new Maya ambassadors →

These Stories on News